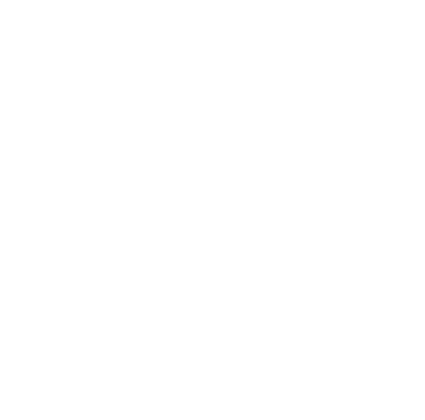 The act of tendering goods described herein for storage or other services, including but not limited to warehousing, import, export, outturn or transport by IMPERIAL shall constitute acceptance by the customer of the terms and conditions set forth herein.

Customer agrees not to ship goods to IMPERIAL as the named consignee. If, in violation of this agreement, goods are shipped to IMPERIAL as named consignee, Customer agrees to notify carrier, with copy of such notice to IMPERIAL, that IMPERIAL is a warehouse and has no beneficial title or interest in such property. Customer further agrees to indemnify and hold harmless IMPERIAL from any and all claims for unpaid transportation charges, including undercharges, demurrage, detention or charges of any nature, in connection with goods so shipped. Customer further agrees that, if it fails to notify carrier as required by the preceding sentence, IMP shall have the right to refuse such goods and shall not be liable or responsible for any loss, injury, or damage of any nature to or related to, such goods.

(3) TENDER OF GOODS TO IMPERIAL

All goods shall be delivered to IMPERIAL marked and packaged for handling. The Customer shall furnish at or prior to such delivery, a manifest showing marks, brands, or sizes to be kept and accounted for separately, and the class of storage and other services desired.

(4) STORAGE PERIOD AND CHARGES
Storage charges are billed in advance on the first day of each month. All other charges will be billed in accordance with the customary practice of IMPERIAL.

(5) TRANSFER, TERMINATION OF STORAGE, REMOVAL OF GOODS
(a) Instructions to transfer goods on the books of IMPERIAL are not effective until delivered to and received by IMPERIAL, and all charges up to the time transfer is made are chargeable to the Customer of record. If a transfer involves rehandling the goods, such rehandling
will be subject to a charge at IMPERIAL standard rates.

(b) IMPERIAL reserves the right to move, at its expense, 14 days after notice is sent by mail, or facsimile or electronic mail to the Customer of record, any goods in storage from the warehouse in which they may be stored to any other of its warehouses. IMPERIAL will store the
goods at, and may without notice move the goods within and between, any one or more of the warehouse buildings which comprise its warehouse complex.

(c) If as a result of a quality or condition of the goods which IMPERIAL was not placed on written notice of at the time the goods were tendered to IMPERIAL, the goods are determined by IMPERIAL to be a hazard to other property or to the warehouse or to persons,
IMPERIAL may sell the goods at public or private sale, without advertisement on reasonable notification to all persons known to claim an interest in the goods. The sale will not occur until at least fifteen (15) days after notice to Customer, unless the goods are perishable. If the goods are perishable the sale may occur immediately upon notice to the Customer. If IMPERIAL, after a reasonable effort is unable to sell the goods, or can not complete a sale, it may dispose of them in any lawful manner and shall incur no liability by reason of such disposition. Pending such disposition, sale, or return of the goods, IMPERIAL may remove the goods from the warehouse and shall incur
no liability by reason of such removal.

(d) Customer agrees that when IMPERIAL releases goods to Customer or its authorized representative, including any common carrier or bailee engaged by Customer, that IMPERIAL will have no further obligation or responsibility to Customer or for the goods. A signed receipt to IMPERIAL without exception as to loss or damage shall be conclusive evidence that the goods were not lost or damaged while in the possession of IMPERIAL.

(a) The handling charge covers the ordinary labor involved in receiving goods at warehouse door, placing goods in storage, and returning goods to warehouse door.

(b) Unless otherwise agreed, labor for unloading and loading goods will be subject to a charge at the agreed upon rates. Additional expenses incurred by IMPERIAL in receiving and handling damaged goods, and additional expense in unloading from or loading into cars or trailers or other containers not at warehouse door will be charged to the Customer at the customary rates of IMPERIAL.

(c) IMPERIAL shall not be liable for demurrage or detention, delays in unloading
inbound cars, trailers or other containers, or delays in obtaining and loading cars; trailers or other
containers for outbound shipment unless IMP has failed to exercise reasonable care.

(a) No goods shall be delivered or transferred except upon receipt by IMPERIAL of complete written instructions. Written instructions shall include, but are not limited to, FAX, EDI, Email, or similar communication. However, when no negotiable receipt is outstanding, goods may be delivered upon instruction by telephone in accordance with a prior written authorization, but IMPERIAL shall not be responsible for loss or error occasioned thereby.

(b) When Customer requests goods from the warehouse, a reasonable time shall be given IMPERIAL to carry out the applicable instructions, and if unable to do so because of acts of God, war, public enemies, seizure under legal process, riots and civil commotion, or any reason beyond IMPERIAL's control, or because of loss or destruction of goods for which IMPERIAL is not liable, or because of any other excuse provided by law, then IMPERIAL shall not be liable for failure to carry out such instructions.

Warehouse labor required for services other than ordinary handling and storage will be charged to the Customer at the customary rates of IMPERIAL.

(9) LIABILITY AND LIMITATION OF DAMAGES

In the event that IMPERIAL fails, for any reason, to exercise reasonable care in the transport, storage or handling of the goods, Customer agrees that the liability of IMPERIAL shall be limited to $1.00 per pound or $1000.00 per shipment whichever is less unless the excess value is declared in writing and such charges has been paid before the goods are received by Imperial.

The filing of a claim does not relieve the claimant party for payment of invoice due. Invoice payment is necessary in order to process a claim. Claim amount may not be offset from any invoices owe or due to IMPERIAL against claims for any loss, damage, delay, mis-delivery or non-delivery.

(b) Where damage occurs to goods, for which the IMPERIAL is not liable, the Customer shall be responsible for the cost of removing and disposing of such goods and the cost of any environmental cleanup and site remediation resulting from the loss or injury of goods.

(10) NOTICE OF CLAIM AND FILING OF SUIT

(a) Claims by the Customer and all other persons must be presented in writing to IMPERIAL within a reasonable time, and in no event longer than 90 days after receipt or delivery of the goods or notification to the Customer that loss or damage to part or all of the goods has occurred, whichever time is shorter.

IMPERIAL shall not be liable for any loss of profit or special, indirect, or consequential damages of any kind.

If IMPERIAL negligently misships goods, through the sole fault of IMPERIAL it shall pay the reasonable transportation charges to redeliver the goods, up to $500. If the consignee fails to return the goods, IMPERIAL's maximum liability shall be for the lost or damaged goods as specified in Section (9) above. In no event will IMPERIAL be liable for any associated costs, damages, and chargeback’s or expenses.

IMPERIAL shall not be liable for loss of goods due to inventory shortage or unexplained or mysterious disappearance of goods unless Customer establishes such loss occurred because of IMP's failure to exercise the care required of IMPERIAL under Section 9 above and merchandise shortages are more than 10% of goods received by IMPERIAL. IMPERIAL shall be entitled to offset any overage on other items which are held for the account of Customer. Customer agrees that no shortage will constitute conversion in the absence of evidence that the goods were actually converted by IMPERIAL.

Customer represents and warrants that Customer has lawful possession of the goods and has the right and authority to tender those goods to IMPERIAL. Customer agrees to indemnify and hold harmless IMPERIAL from all loss, cost and expense (including reasonable attorneys' fees) which IMPERIAL pays or incurs as a result of any dispute or litigation, whether instituted by IMPERIAL or others, respecting Customer's right, title or interest in the goods. Such amounts shall be charges in relation to the goods and subject to IMPERIAL's lien.

IMPERIAL shall have a general warehouse lien for all lawful charges for storage and presentation of the goods; also for all lawful claims for money advanced, interest, insurance, transportation, forwarding, labor, weighing coopering, and other charges and expense in relation to such goods, and for the balance on any accounts that may be due. IMPERIAL reserves the right to require advance payment of all charges prior to shipment of goods.

Customer will provide IMPERIAL with information concerning the goods, which is accurate, complete and sufficient to allow IMPERIAL to comply with all laws and regulations concerning the storage, handling and transporting of the goods. Customer will indemnify and hold IMPERIAL harmless from all loss, cost, penalty and expense (including reasonable attorneys' fees) which IMPERIAL pays or incurs as a result of Customer failing to fully discharge this obligation.

(a) If any provision of this receipt, or any application thereof, should be construed or held to be void, invalid or unenforceable, by order, decree or judgment of a court of competent jurisdiction, the remaining provisions of this receipt shall not be affected thereby but shall remain in full force and effect.

(c) These terms and conditions shall be binding upon the Customer's heirs, executors, successors and assigns; contain the sole agreement governing goods stored with the IMPERIAL; and, cannot be modified except by a writing signed by IMPERIAL.